The events surrounding the death of Mr George Floyd have caused outrage and anger, not only in the United States, but also in cities across the world, including London. Mr Floyd was an African American who died while being restrained by police in Minneapolis on 25 May 2020. In shocking video footage he is heard to have said repeatedly ‘I can’t breathe.’

The way in which Mr Floyd died sparked demonstrations and protests. It raises important questions about the reality of racism in our society here and now. We know that many people feel very strongly about this, especially young people. This is why we wanted to write to all the students in our Catholic schools across the Archdiocese. We are united with you in asking for justice and equality for every person, no matter what colour their skin happens to be. We believe that every human life is sacred, from its first beginning to its natural end. The Lord Jesus commanded us to ‘love one another.’ (Jn 15:12) He did not allow for any exceptions and we should not make any exceptions.

The Catechism of the Catholic Church teaches very clearly that: ‘Every form of social or cultural discrimination in fundamental rights on the grounds of sex, race, colour, social conditions, language or religion must be eradicated as incompatible with God’s design.’ (CCC 1935) Commenting on the death of Mr Floyd, Pope Francis said ‘we cannot tolerate or turn a blind eye to racism and exclusion in any form.’ He also went on to speak about the violent protests following Mr Floyd’s death: ‘[violence] is self-destructive and self-defeating. Nothing is gained by violence and so much is lost.’ (General Audience, 3 June 2020)

Our Catholic Faith does more than condemn racism; it also calls us to challenge racism, to eliminate its causes, and to heal the wounds it brings. We each have a part to play in this, first by making sure that we always think of every other person as someone worthy of respect. We must uphold the rights, the equality, and the sanctity of every human life. To God, and to us, every life is a gift and irreplaceable. We affirm that every person’s life matters and that the life of every black person matters.

Back in 1979, before you, the young people in our schools were born, the Bishops of the United States said this: ‘Racism is not merely one sin among many; it is a radical evil that divides the human family and denies the new creation of a redeemed world. To struggle against it demands an equally radical transformation, in our own minds and hearts as well as in the structure of our society.’ (Pastoral Letter on Racism) These are powerful words and they apply today.

We cannot be silent about racism. It must be challenged. In doing so, our first responsibility is to recognise that racism does exist, whether in individuals, in groups, in organisations, or in society. We need to decide the best way to overcome racism, knowing that violence never solves anything, even when injustice makes us angry. Let the energy that comes from our anger be channelled into changing hearts and minds, beginning with our own, to speak the truth in the service of peace.

We are committed to making sure that our parishes, schools, and communities are places where everyone is welcomed, where everyone is affirmed, where everyone is encouraged; where everyone is respected for the person God has created them to be and for the person God is calling them to become. We have, in our Church, some inspiring examples of people who spoke out against slavery and worked to overcome the sufferings of those enslaved. Their voices must be alive in us today. One of these was Josephine Bakhita, a Sudanese woman who was sold into slavery, eventually brought to Rome, and cared for by a community of nuns. She became such an outstanding example of what it means to be a Christian that she was declared a saint in the year 2000.

Our Archdiocese covers all of South London, Kent, and the Medway Unitary Authority. It is beautifully diverse. People in our parishes and schools represent a rich variety of cultural, ethnic, and racial backgrounds, from countries in Africa, the Caribbean, Asia, Latin America, and from Western and Eastern Europe. We believe that this diversity is a gift and that there is a place for everyone in our Church.

Dear young friends, we want you to use your passion for justice to make a difference to your schools and parishes, your neighbourhoods and communities. Make them places where the gifts and skills, the experience and heritage, of all people, of every background, are honoured, valued, cherished and celebrated. There is no place for racism. Let us work side by side to make it part of our history, not part of our present or of our future together.

With our prayers and best wishes

Yours sincerely in Christ 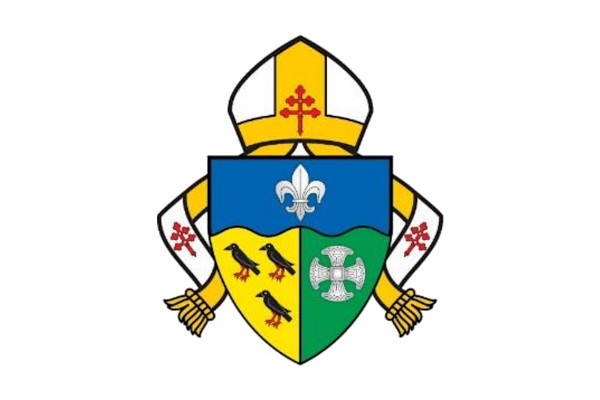